Program: Can We “Become Japanese”? Social Markers of Acculturation and How We Decide Who Is “One of Us”

Professor Adam Komisarof (Keio University) shared his latest research findings about social markers of acculturation (SMA) in Japan and beyond. SMA are culturally-constructed criteria, in this case among Japanese people, for accepting immigrants in society to the same extent that they do native-born Japanese. SMA include specific types of knowledge and skills (such as “Japanese common sense” or language proficiency), attitudes, attributes, and adherence to social norms. Dr. Komisarof not only identified the SMA most important to Japanese participants in his study, but also explained the predictors (such as perceived threat or intercultural contact) that most prominently influence which SMA are deemed important. He presented SMA in a broader context, comparing his findings in Japan to those in 5 other countries: Germany, Singapore, Finland, Canada, and Australia. There was ample time for Q&A, and participants discussed the SMA most important to them as individuals and in their countries of origin. We were asked to take a critical perspective on SMA and consider how they could be utilized perniciously to exclude immigrants and long-term sojourners. 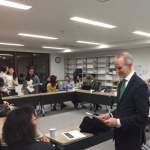 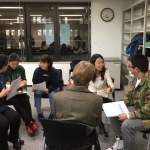 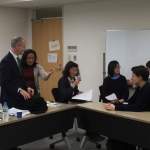 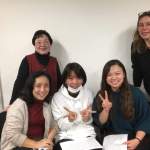 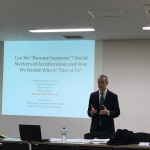 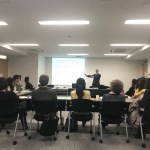 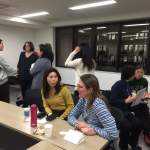