If you are interested in attending, please send your application to E-mail：relations@sietar-japan.org by November 10.
Early reservations are appreciated.

The ‘Myth of Nadeshiko’ is adapted from the well-known cross-cultural story ‘Rosemary’s Parable’. This experiential activity is designed to raise awareness of native-speaker cultural and language advantage. Students are primed to use a variety of verbal and nonverbal skills in order to build resilience for ‘process costs’ involved in facilitating multi-cultural and multi-lingual groupwork in a Japanese context. Specifically, ‘Nadeshiko’ is designed to stimulate Japanese students’ proactivity in negotiating meaning and to raise international students’ awareness of the communication style and needs of their Japanese counterparts.

NOTE: ‘Myth of Nadeshiko’ is the first of three activities comprising the ‘Nadeshiko Module’ in a year-long course titled Global Synergy. This SIETAR workshop will focus on the the first activity: 1. Storytelling with another’s mother tongue: ‘Myth of Nadeshiko’, and briefly overview the other two activities in the Module: 2. Happier endings: Characters and cultural interpretations, 3. STEEP global challenges: Caizen.

Profile: Annette Karseras’ work bridges academia and the corporate world in order to strengthen integration across generations and gender gaps. She supports people at all levels, from executives to undergraduates to develop the self-awareness, skills and knowledge needed to work successfully in international environments. 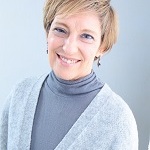 This is a simulation game that demonstrates the power of inclusive communication. Each person (minimum 12 people required) receives a card with a picture which shows one part of a story. Without showing his/her own picture to the others in the group, participants must communicate what is illustrated in the picture he/she is holding, and use that information to form a line or circle in the correct sequence of the story.
People tend to focus on what is right in front of them (their picture) and lose track of the big picture. It is not until they understand the big picture that they can understand how their efforts (their picture) fits in. In the search for understanding, subgroups often form who seem to have the most in common. This is only natural but can create silos that block the solution.
There will be key people in the group who are critical in making the necessary links. If these people are not verbal or not heard for any reason, the big picture may be missed. Thus, inclusion is a crucial factor in the success of the group.
Profile: Diane Walsh Sasaki is an executive coach and intercultural communications consultant working with global teams and specializing in the Asia-Pacific region.

“Rocket – A simulation on intercultural teamwork” (Hirshorn, 2010) is a simulation game in which participants enact the ground staff of four countries involved in the International Space Station. Problems with a communication satellite lead the ground staff to decide to build a mini rocket to send a message to the astronauts in space. Participants take on roles of different nations involved in the space station, and must work together to build a model rocket before the countdown to liftoff.

Simulation 4 ‘Couscous كسكس’
Ms. Yoshiko Higuchi, Reitaku University, will facilitate the game.
Language: Mainly Japanese. During the game we use “Couscous Language” that needs a little time to learn. 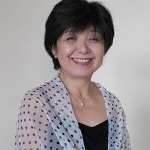 Couscous aims at creating flexibility when dealing with different cultures and people. In a way, it is a Japanese version of BaFá BaFá, invented by Dr. R. Garry Shirts in 1974. However, Couscous offers easier and shorter way of jumping into the game with relatively simple preparation for both participants and facilitators. For example, we use a few packets of ordinal playing cards instead of buying an expensive kit.
Mr. Kenjiro Mukai created this game as he was involved in international exchange students program. The manual was not open to the public and his sudden death made it difficult to spread this insightful game. I talked to his secretary so his family gives me permission to use his method for the sake of education. Now we have an access to Mr. Mukai’s unusual way of training young people with fun and creativity. I am looking forward to sharing his incredible game and creating a breakthrough.

Profile:
Yoshiko Higuchi is an intercultural consultant, co-director of Idea-Marathon Institute, and a lecturer at Reitaku University. Being the author of a dozen books on intercultural issues, she is also a translator of international books, a researcher and a Ph.D. candidate in anthropology at Japan Advanced Institute of Science and Technology.

＊＊＊After the Saturday programs, we will have dinner and a networking party at a nearby restaurant. Please stay to enjoy food and drinks.＊＊＊＊ 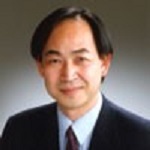 You are invited to the planet of Mars for their Princess’ birthday celebration banquet and you have just arrived from the Earth representing our planet. This trip to the planet of Mars is the first one ever you have experienced traveling out of our planet. Since means of transportation have drastically improved recently, it only took 1 2 days from the Earth to the Mars. Still, it was pretty boring and it was very uncomfortable traveling on an airship which had very little space. Until the 23rd century we thought that the shape of humans on the planet of Mars looked like shape of cuttlefish or jellyfish; however, we now know that they also look like humans from the Earth with same body and facial shape. Please find various scenes which you will face at the birthday banquet of the planet of Mars’ Princess. What are your perceptions, considerations and how should you act if you happen to be involved in these situations? Let’s have group discussions followed by group presentations as a form of etude. 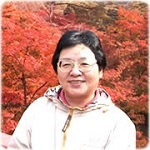 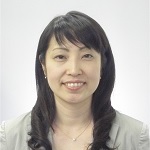 Theme: How are we going to deal with the issue of parents who are unable to work because of a shortage of day care?

Purpose: Learning how to solve issues cooperatively
City A has a large public park equipped with a field to play baseball as well as football, a playground with a sandbox and a variety of equipment for kids, and a green belt surrounding a pond. Residents of all ages enjoy using this park. Recently, the mayor of City A announced a plan to build a day care center in the park to solve an urgent issue facing the city: how can the waiting list for children in need of day care in the city be eliminated. Local residents opposed to this plan immediately submitted a request to hold a special city council meeting to discuss the plan. The city council has arranged a public information meeting so that the plan can be explained in detail and all residents can air their opinions.

※This schedule may be changed by circumstance